Posted by Kernow Fiona (as a service user), 3 days ago

I was suffering from acute lower abdominal pain and a slight temperature. My GP practice, Lander Medical, were brilliant and despite phoning on a Friday afternoon, I spoke to an on call GP within 45 minutes and then saw him, face to face an hour later. He contacted the Royal Cornwall Hospital and arranged for me to be seen in the Same Day Surgical Assessment Unit. On arrival there I had a bit of a wait, but was eventually assessed and it was determined I needed to be admitted. A bed was found on the Emergency Surgical Unit and IV antibiotics were started. Early the next morning I had a CT scan. At the ward round later that morning I was told I had a small perforation in my bowel, which would initially be treated conservatively, with iv antibiotics, in the hope it would heal itself. 4 days later I was discharged with oral antibiotics to take for 5 days. Everyone on the Emergency Surgical Unit was absolutely brilliant - kind, patient, caring and went above and beyond, despite being very busy. I would like to convey huge thanks to them and my GP surgery. Well done Royal Cornwall Hospital and Lander Medial Practice in Truro, Cornwall. 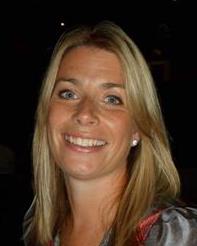 Thank you for sharing your story. On behalf of Clinical Imaging, I will pass on your positive feedback to our CT team.

Wishing you a speedy recovery.

Thank you for sharing this positive feedback. On behalf of Lander Medical Practice we wish you all the best for your recovery.

Thank you for taking the time to give us your opinion as we truly appreciate your feedback. We would love to contact you in future to help us inform decisions about our services and the way we work. This could range from small queries to larger projects so that you can be involved as much or as little as you like.

If this is something you would be interested in please contact the Patient Engagement Team at Royal Cornwall Hospitals NHS Trust on rcht.patientengagement@nhs.net or telephone 01872 252793, so that we can record your details.

Thank you again for taking the time to tell us about your experience.

Have you experienced something like Kernow Fiona did, here or elsewhere?