Posted by rayfaetroon60 (as the patient), 4 years ago

I would like to say a big THANK YOU for the treatment received by myself from all the NHS departments in the order as listed above.

I had a Heart Attack in the early hours in August, while at my home

The questions asked by NHS24 seemed endless, at the time, and while I was in pain, even though my wife took the initial conversation.

A 2 man Ambulance Crew duly arrived, and quickly began the process of finding out the cause of the pain, then it was off to Hairmyres where I was immediately, and painlessly given a Stent Procedure, around 7am I was told.

All during the day I was updated by the Nursing Staff as to the transfer time to Ayr Hospital from 12 hours post procedure.

Slightly later than 'advertised' and whilst being allowed to use the 'big boys' toilet, though I was nae allowed to walk. This is when the 2 lady Ambulance Crew were standing by my bed, awaiting my return.

They have got to be the most friendliest, courteous, humorous folk that I have encountered in the whole of my experience of the Scottish NHS, since we arrived in the March of 2005.

Talk about lift your spirits, they sure did that! *: ) happy

Now, whilst being appreciative of the care received during my brief stay on Station 5 I have to say that I found it a very frustrating first ever experience of staying in hospital for more than a few hours.

The room itself was very claustrophobic, with only a small window which you needed to be out of bed to look through, but then onto another two sides of the building.

Nursing Staff Julie on the Saturday afternoon/evening, and Lorna, on the Sunday morning/afternoon, were in my opinion that wee bit special in their bedside manner.

I was speedily, and without warning 'evicted' fae my room on Station 5 with a very hurried move to Station 6, during which my electronic possessions were thrust into whatever carrier was too hand!

As my midday meal order was fae Station 5, the very kind mealtime staff lady fae Station 6 went looking for my 'order' and in another kind act. a lady very kindly offered to make me a cup of tea, whereas the other lady abruptly offered only orange & milk I believe.

I did nae ken that a hot drink was 'not on the menu' to accompany lunch, but was glad of only my second cup so far on that Sunday.

Although less than 48 hours post Stent procedure, I felt remarkably well, as the main Carer for my wife I was shocked to see her so tired and so on during the Saturday afternoon visiting hour. After a wee bit of thinking time, I felt I could nae longer stay in the hospital ward putting her through another visiting time the next day, Sunday.

During the night I could nae sleep thinking about the length of stay awaiting me should the Echo test scheduled for Monday be cancelled or postponed.

I requested to see the duty consultant to see if I would be allowed home later the day, by the time several hours later the consultant visited Station 5 I had been moved to Station 6.

A chance visit to Station 5 took me into direct contact with the duty consultant, I waited till he had finished his notes, and asked if he would be coming to see me shortly?

He told me that as he had seen me on the Saturday, for about 15 seconds, he would not be coming to see me to discuss the possibility of discharge.

That is when I decided that I wasn't going to left 'dangling' so to speak, without a timetable, however 'rough' and confirmed to the Nursing staff of my wish to discharge.

After having waited hours for the promise of discussion with the duty consultant, the doctor with the necessary paperwork took a further couple of hours to arrive!

I had promised to follow the literature advice given to me the day before regarding resting and activity advice within, once home.

Nobody was listening to me, on how I felt despite the positive BP, ECG routine tests confirming how I thought I was feeling. I had informed the nursing staff on admission to Station 5 of my Carer responsibilities.

In the main, providing cognitive support, as opposed to physical assistance which I obviously ken I was unable to do.

In summary, I would again like to say thank you to all the NHS staff involved in my diagnosis, treatment, and recovery over the period over this weekend in August.

I look forward to the follow up Outpatient Echo Test, and working with the Cardiac Rehab-Team whom I have been in touch with yesterday after receiving a letter saying they could not get in touch with me.

Could you please ensure that my compliments are passed onto the staff of the NHS 24, Ambulance [s] crews, Hairmyres & Ayr Hospital who were involved in my care,

I am sorry that I cannot be more specific about the names and occupations of the majority.

Maybe some form of patient 'log' with the first name and/or an employee number known only to your departmental personnel would enable all patients if they chose to, the ability to make certain folk that look after them, are given the comments they rightly deserve to hear. Thank you.

My very kind regards to all in the NHS,

Thank you for telling your story on Patient Opinion and for taking the time to thank the NHS staff members who were involved in your care. I was sorry to learn that you suffered a heart attack in August which must have been a very worrying time for you, your wife and your family. Your story made very interesting reading and I am pleased that, following a stent procedure, your health has improved.

My response to your story mainly relates to your contact with NHS 24, which I appreciate was at the beginning of your whole journey of care. I understand that your feedback is overall positive, however I do note your comments in relation to the questions asked by NHS 24 when contact is made with us. I appreciate that the number of questions can seem a challenge when a patient is in pain or in any way distressed. NHS 24, unlike most other Health Boards, does not have the benefit of seeing their patients face to face. The questions are in place to ensure patient safety and to assist us in prioritising calls to our service. You may be pleased to learn however, that as a result of feedback such as yours, NHS 24 are reviewing the number of questions asked upon contact with our service to make this easier for patients and callers.

NHS 24 always tries, where possible, to share positive patient feedback with the staff members who care for patients. Therefore, if you would be kind enough to contact me directly on 0141 337 4582 or by email at patientaffairs@nhs24.scot.nhs.uk then I would be able, with some additional detail from you, to identify the staff members who managed your call. I would be very pleased to be able to do this.

I do wish both you and your wife well. Thank you again for sharing your very interesting story. I am sure my colleagues in other Health Boards who have been tagged to your story will read this with interest. 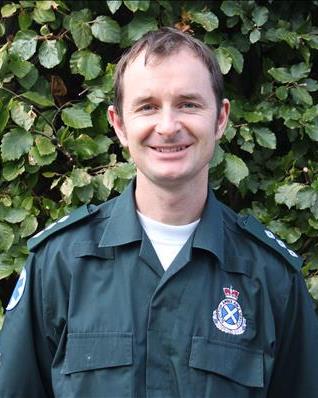 Thank you so much for sharing your story.

I was really sorry to hear about your heart attack. Your story provides an interesting and extremely valuable insight into what the patient experiences when accessing healthcare.

From an ambulance service perspective, I was really pleased to read your kind words about the ambulance staff that looked after you when you had your heart attack and when you were being transferred to Ayr Hospital. I would like you to know that all of the health boards in Scotland are working extremely hard to work together to improve the care that we provide to patients. Whilst there is always room for improvement it was great to read that from your initial phone call to NHS 24, an emergency ambulance was arranged and you were then treated in your home before being transferred to a hospital that could provide the definitive care that you needed.

As with Shona from NHS 24, I would be delighted to pass your feedback onto the ambulance staff who cared for you but would need a few more details about the call to do so. If you are able to do this, you can contact me on 0131 314 0003 or at martinesposito@nhs.net

I am so glad to hear that you are on the road to recovery and wish you well for the future.

Thanks again for sharing and take care 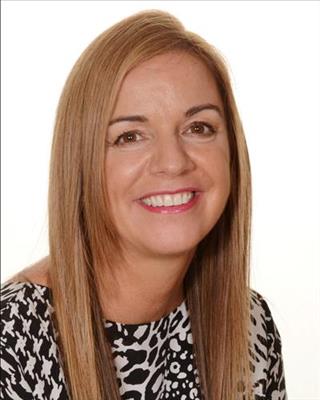 Thank you for taking the time to share your positive experience of the care you received at Hairmyres Hospital.

I appreciate this must have been a very traumatic experience for you and I am delighted that your pathway through our optimal reperfusion service was smooth and successful.

I hope that you are making good progress and recovering well following your heart attack.

Thank you once again for taking the time to provide us with this positive experience I am sure the team will be delighted to receive this feedback. 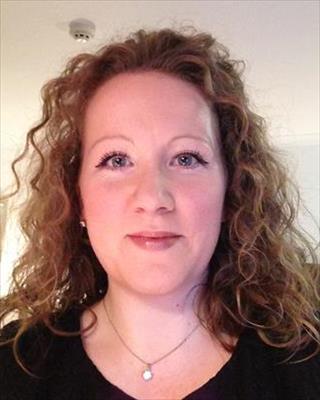 Thank you for taking the time to share you story on Patient Opinion, I do hope you are recovering well and that your wife is also keeping well.

I was delighted to hear of your positive experienceduring your stay in Ayr Hospital, but aware that there were frustrations as well. If you wish to discuss this any further, please don’t hesitate to contact Lesley Arthur in our Customer Care Team on 01292 513003 or email Lesley.Arthur@aapct.scot.nhs.uk.

Your feedback will be shared with the relevant staff.

Have you experienced something like rayfaetroon60 did, here or elsewhere?